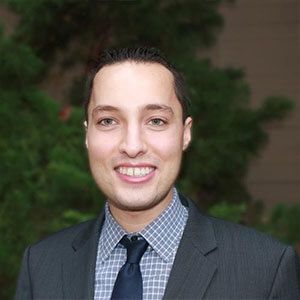 Michael has worked his entire career in the legal profession. He was employed as a legal intern while earning his undergraduate degree at Johns Hopkins University. In this position, he worked for a large Baltimore law firm in the Landlord Tenant and Collections division, representing large landlord conglomerates and the largest bail bond company in the State of Maryland. Michael continued in this position until he was accepted to law school where he received a Presidential Law Scholarship at Seattle University. Since entering law school, Michael has been in and around the area of Family Law, starting his practice as a Rule 9 Intern with de Maar Law. The Rule 9 Intern position provided Michael with a limited license to represent clients, and after graduating law school, he became an associate attorney at de Maar Law.

Michael strongly believes that you should understand why a lawyer concentrates heavily on family law. He has done so primarily for two reasons. First, a family law client is a uniquely vulnerable client. A family law client often finds himself or herself facing an unknown future. It can be emotional, frustrating, and exasperating. It is Michael's goal to assist his clients through this difficult time and to help set a course forward toward financial and emotional stability. In other words, to help clients and their children find a path forward. His second draw to family law is the pure enjoyment of working with everyday people. As a result, Michael finds that working with family law clients is extremely rewarding and a fascinating area of the law. He looks forward to serving your family law needs.