​Our office is located on Lake Bellevue in the beautiful city of Bellevue, Washington. Fill out the form on this page to get in touch with our team. We will reply the next business day to talk to you about your legal needs and how we may be able to help. 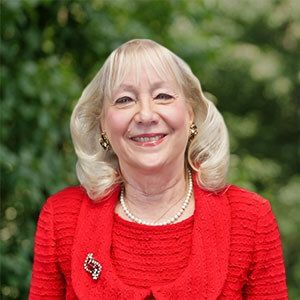 Natalie has been an attorney for over 40 years, serving the Seattle metropolitan area for over 20 years. She graduated from Simmons College in Boston, Massachusetts with a B.A in history and later obtained her Juris Doctor from the University Of Maryland School of Law.

Natalie's legal career began with the Department of Health, Education, and Welfare as a lawyer representing the federal government in Black Lung suits. After a short time, she transitioned to representing the Welfare program in the Federal Court of Appeals. In her most cited case, Soberal-Perez v. Schweiker, Natalie represented the Social Security Administration in a lawsuit over disability benefit notices being in languages other than English.

Natalie, her husband, and their six children moved to Washington, where she obtained a position with the Washington State Court of Appeals Division I as a staff attorney doing research and general support for the Court. She left the court in 1993 and pursued a career in the private sector with Culp, Guterson, and Grader and with Foster Pepper where she was of counsel. At Foster Pepper, Natalie represented Eva Bandy in the nationally renowned case Bandy v. Bandy, dealing with wiretapping. After leaving Foster Pepper in 1994, she decided to start her own firm, de Maar Law.

Personal experience with divorce and raising her own children and stepchildren has had a profound effect on Natalie's practice. She is a compassionate and skilled lawyer who is sensitive to her clients’ needs and tough in the courtroom. Natalie works tirelessly to help clients achieve a fair result, and help them through the difficult and emotional process of resolving disputes. She looks forward to working with you for your family law needs.